Words of a Madman 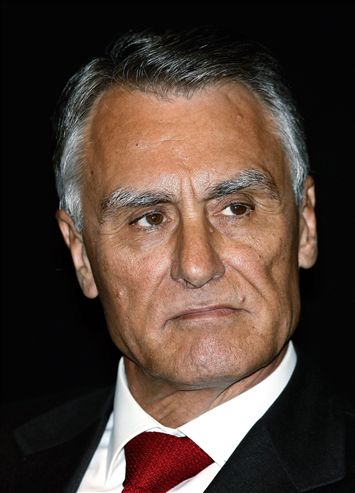 Aníbal Cavaco Silva is the President of the Republic, of Portugal. At a press conference, a journalist asked him about how was he going to get the christmas and vacancy subsidy, while the rest of the country, would not receive that privilege due to the crisis. The President stopped for a while and looked at the journalist, a few moments later he decided to respond. He said to the journalist that after his calculations, his retirement payment per month would be around 1300€ (something like 1690$), complaining that such payment would not be enough for his expenses. The country was shocked.

Before us is the President of the Republic saying to the people of Portugal, that his retirement money isn’t enough for him, while in our country, we have a great percentage of old people that gain less than 300€ (390$) per month, and still have to pay the bills, food and medication..

People got so angry that in a visit to inaugurate a new project in a city of Portugal, when the President appeared with his wife, he was heavily booed and insulted.
Nuno Luís Marreiros is an unemployed with 35 years and made an online petition demanding the immediate demission of the President, almost 4000 people have signed that petition. They saw the words of their President as a lack of respect.

According to the law, for a petition to be discussed in the Assembly, are needed at least 4000 citizens to sign the petition. We are almost there.